Did you know that humans dump 2.12 billion tons of waste a year? And 10% of that is plastic waste that ends up in our oceans? To make matters worse, plastic takes thousands of years to decompose. Not only does this pollute our oceans making it harder for flora and fauna to thrive, but animals are consuming this waste which then enters our ecosystem.

Indonesia is the second largest plastic polluter in the world, with China being the first. Indonesia’s ever-growing population and mismanagement of their landfills are the leading contributors to their waste problem. The lack of proper regulations and awareness in the people are resulting in garbage flooding into their water sources. In fact, four of Indonesia’s rivers are among the 20 most polluted rivers in the world.

The waste problem in Indonesia cannot be overseen with trash littering every street corner. We spent several days cleaning up some of the littered beaches and collected 45 lbs of trash which is still a very small portion of what these beaches see. The beaches of Bali collect up to 100 tons of trash EVERY. SINGLE. DAY. Luckily, Indonesia has just set a target to reduce plastic waste by 70% by 2025. Moreover, the Balinese governor passed a law that bans single-use plastics starting in June 2019. This will be an incredible feat for a country where waste is one of their biggest problems. 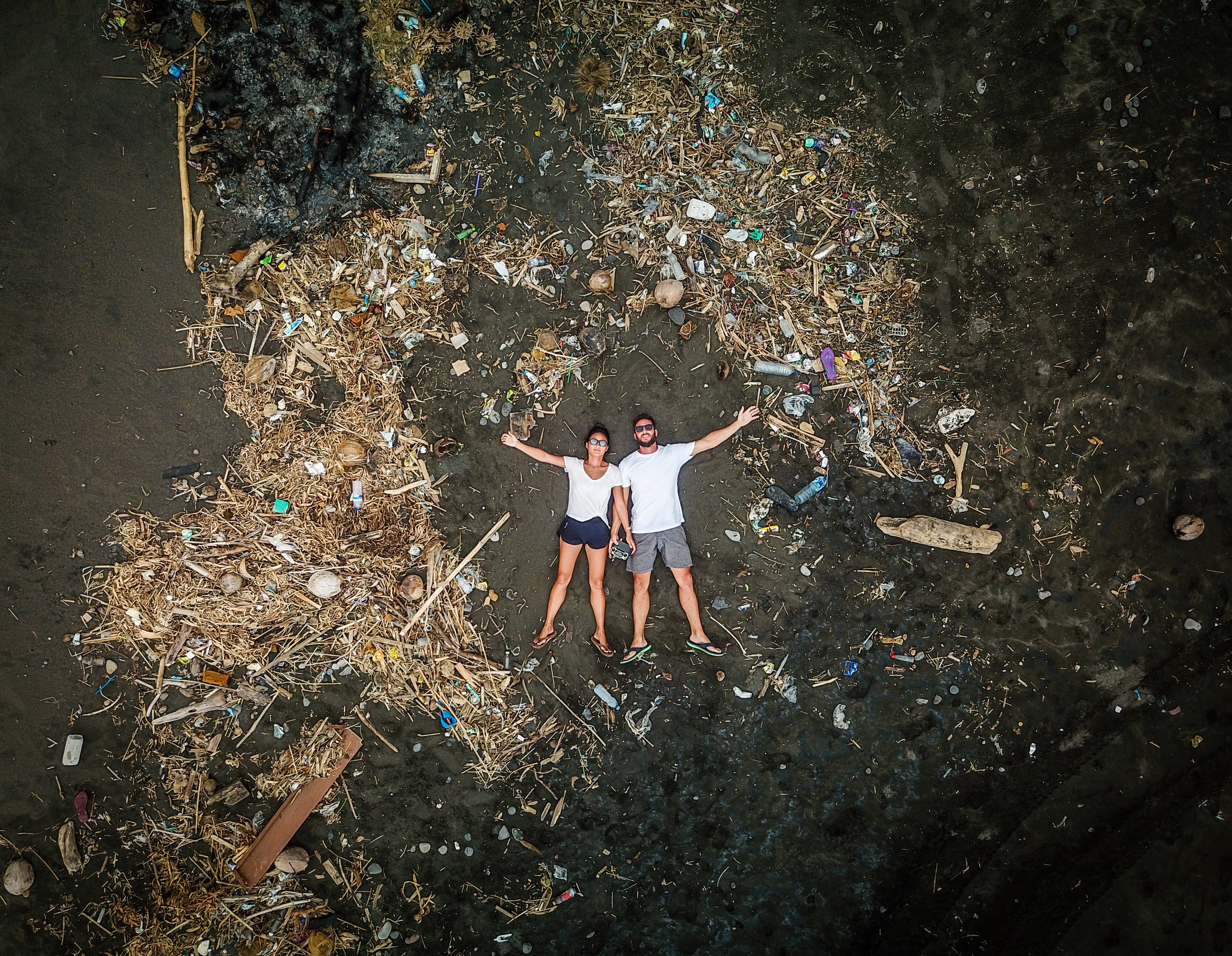 Surrounded by garbage in Keramas, Bali

By making small, yet mindful changes in our daily lives, we can collectively make a larger impact on creating a safer and cleaner world for future generations. It takes little effort to pick up a piece of trash or hold on to that gum wrapper until you find a garbage bin, so let’s do our part and take care of our home.